Suicide: A ‘Real’ Widow’s Perspective beyond the Celebrities 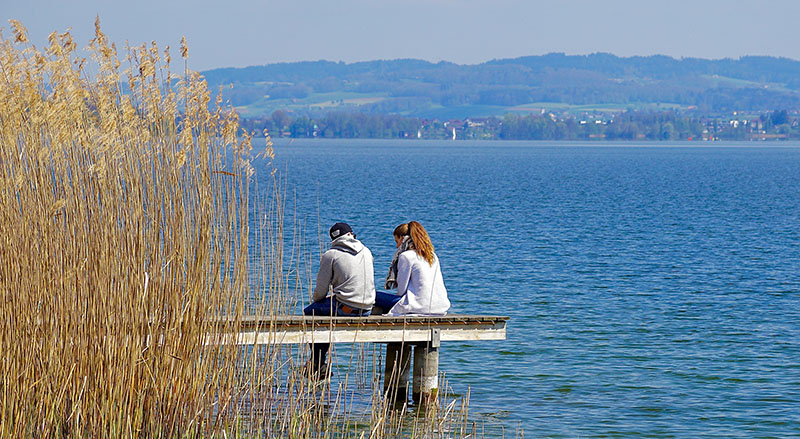 It has been a few months since the “high-profile” suicides of Kate Spade and Anthony Bourdain. According to the World Health Organization, Spade and Bourdain are only two of 800,000 suicides that occur every year. That’s one suicide every 40 seconds.

My husband became part of that dreaded statistic. At the age of 45, Tylor, an educated, life-of-the-party, corporate, “had it all,” gorgeous, talented man – took his life. This forced me to embark on the most unwanted, terrifying, never-ending journey called widowhood.

In the midst of Kate Spade’s and Anthony Bourdain’s high-profile suicides this past June, I was silent despite that these two very public deaths occurred within just a few weeks of when Tylor chose to end his life.

When I received the breaking news update on my phone about Kate Spade’s untimely death, I was shocked. I was sad. Like so many of you, I wondered, “How could someone like Kate Spade, who seemingly had it all, do such a thing? Why? Didn’t she know there were other options?”

I discussed her suicide like it was a foreign concept to me. Like I was arm’s length from understanding what it felt like to be left behind…in a manner that is so very intimate and personal.

I chatted about her death, her beauty, her brilliance with my friends. I even reminisced about my first Kate Spade purse. It was square, black and had a small black-and-white checkered pattern on the inside. I loved it. It may or may not have been a knock-off that I got on a corner near the National Press Building in Washington, DC, but I LOVED that purse.

You see, since my husband committed suicide, I have mastered the art of the smile, the “muscling through” just about any situation. Sometimes I shock myself in my mad skills of being able to subtly, smoothly transition the focus of a conversation from being on me to being on others…especially when I sense that I am going to get the “how are you, really…how ARE you?” question. Talk about control. I have it down when it comes to the dreaded “suicide” topic.

I can usually bring up “suicide” when I want to, when I feel safe, when I feel like swimming in the pool of vulnerability, when I am confident I am with someone who can handle the tears. The agony. The confusion. The truth. I mean, who REALLY wants to talk about suicide? It’s not a favorable topic of conversation in social situations and definitely not a small talk icebreaker nor your typical “water cooler” conversation at the office.

Specifically, when two celebrities commit suicide within days of each other, “suicide” becomes a topic of conversation. When it is National Suicide Prevention Week, the topic is everywhere. People talk about it…whether I like it or not.

When news broke that Anthony Bourdain committed suicide, just a few days after Kate Spade’s death…the news hit me differently. On a subconscious level, I have been “gearing up” to deal with the two-year anniversary of my husband’s death. I didn’t want to want to reminisce. I didn’t want to talk about suicide.

The difference was…everyone else did.

No matter where I was — the airport, a spa, the locker room, the pool — suicide was the topic of conversation, and I had NO CONTROL. The two celebrity deaths made suicide a welcomed conversation. Ironically, I was not in the mood to go there.

In fact, while I was at this gorgeous spa enjoying some pool time, my friend and I were listening to a group of women sip on their champagne and talk about suicide. Speculating, wondering how their (Kate’s and Anthony’s) family didn’t know, analyzing the types of mental illness that would cause such actions, discussing the manner in which they “did it” and what that symbolized.

I became thankful they were talking extensively about suicide — the ramifications, the hurt, the confusion. I was grateful they weren’t ignoring it.

Their conversation made me wonder…what would happen if sadness, heartache, challenges -the real, raw messy parts of life – the dark thoughts, the fears, the struggles, the feeling of hopelessness became more socially acceptable and embraced?

What if conversations about suicide/mental illness, dare I say it, became the norm and not the exception? What if suicide was not just talked about when celebrities chose to end their lives?

Yes, suicide is an “icky” topic, but it MUST be discussed now…not tomorrow, not when it “feels” right, not when it is comfortable, not when it makes sense and not just when it reflects the news of the day.

For the Tylor’s, the Kate’s, the Anthony’s and the thousands of others who choose to end their lives annually…maybe they wouldn’t have felt so isolated, so alone, if the messiness of life was outed and embraced routinely. Maybe they would have had the courage to work through their hurt and their struggles. There are a lot of assumptions here….but, for me, it is helpful and healing to think about.

Because suicide, mental health, and depression are WE problems, what can we do to create caring environments that convey, in a super loving, non-judgmental way, “You are safe. You are not alone. And I am REALLY here for you. I want to listen to you?”

Spend time reflecting on these questions, your answers and what (if anything) you may want to consider doing differently the next time you say these four seemingly simple, but incredibly powerful words: How. Are. You. Doing? These questions and tips are not intended to trigger shame, guilt or the feeling of wrongdoing.

When you ask someone, “How are you?,” do you mean it, I mean REALLY mean it? Or, are you just filling the air, the space the silence and fulfilling the obligatory, culturally, socially subtle expectation and norm? Or does it completely depend on the situation? TIP: Before you ask the question, ask yourself, are you really ready and willing to listen?

Why are you asking, “How are you?” TIP: Be aware of your intent for asking the question. What could you do differently to make that conversation more meaningful? Safe? Mutually spirit-filling? TIP: Consider your body language, your eye contact and whether you are distracted. What are you doing (verbally and non-verbally) to make that person feel heard? TIP: Stay focused on the person. Repeat back what you think you heard him/her say.

What if the answer is, “I am not okay?” What are you going to do now? TIP: Stay engaged. Continue to listen. Follow up. Look for opportunities to connect further.

The National Suicide Prevention Lifeline provides 24/7, free and confidential support for people in distress, prevention and crisis resources for you or your loved ones. You can call or chat on-line with someone.